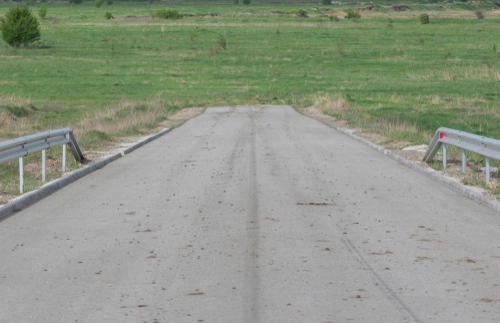 This article was first published in the Health Service Journal

The ‘mountain’ sized elective waiting list that will face the NHS after covid is so huge that it is easy to feel dispirited.

We should not be.

There are things we can do now to improve the situation, and it will be possible to do ‘enough’ to reverse the backlog in the longer term. Like every long journey, this one begins with a single step: we need to take a good hard look at the current priorities.

It is time to put referral-to-treatment (RTT) waiting time targets out of their misery. Not just because they aren’t being met – a weak justification at the best of times. Nor simply because they can’t and won’t be met for years to come. No, the most important reason for dropping them is that they will now do more harm than good. When a target no longer protects patients and safeguards services, it is time to think again.

RTT waiting times have had a good innings. They abolished the ‘bit in the middle’ – the endless follow-up loops that patients used to be sent around to keep them off the inpatient waiting list – so RTT reflected the whole patient journey right up to eventual treatment or discharge. And they were successful – between February 2008 and April 2012, RTT waits fell from over a year to less than 16 weeks, based on the current ’92 per cent of the waiting list’ measure. In November 2013 there were only 214 patients waiting longer than a year in the whole of England.

Those days are long gone. The 18 week statutory target has not been met at national level since February 2016, and four years later (before covid) they had risen to nearly 25 weeks. Now, as the NHS battens down for a covid winter, RTT waits have passed 44 weeks and are heading remorselessly for 52 weeks and beyond.

Restoring short waits is going to be expensive. But it is a common misconception that if you spend X you can sustain 18 week waits, but if you only spend Y you’ll get 26 or 52 week waits. It doesn’t work like that at all. Elective waits are either getting longer, if you don’t keep up with demand, or they are getting shorter if you do. The level of resource will influence the rate of change, but to stop things from getting worse the NHS has to at least keep up with demand.

Since 2016 (and in spite of heavy incentives) the NHS has not been able to keep up with elective demand. That was true before covid, and will still be true after covid unless something fairly dramatic happens to increase capacity. We can therefore expect waiting lists and waiting times to continue to grow, and grow, and there is no limit unless things get so bad that patients are ‘going private’ or literally dying on the waiting list in large numbers. The political pressure for change should kick in long before that happened, but perhaps not before waiting times have passed 52 weeks, 78 weeks, or even 104 weeks.

So that’s the gloomy long term outlook. What about the next few months? Why would trying to meet the last remaining target – 52 week waits – do more harm than good this winter? The answer lies with patients who have clincially urgent conditions, especially those who are the least visible.

Some urgent patients are on cancer pathways, and the NHS has done an admirable job of protecting them during covid by keeping cancer services up and running. By and large, these cancer patients are highly visible to the NHS and being cared for.

The NHS is also conscious that many patients have not presented to their GPs or been screened during the covid shutdown, and is rightly encouraging them to present now if they have worrying symptoms. Although these patients are not yet visible, the NHS is aware of them and taking action.

But there is another group. Nearly a quarter of cancers are referred on non-cancer pathways. Many of these patients are already on hospital waiting lists, but they are at the back of the queue for a first outpatient appointment because they are thought to be ‘routine’. Others have been avoiding their GPs during covid, but when they are eventually referred they will not necessarily be on a cancer pathway and would end up in the same boat.

These cancers will only be detected either when the patient is eventually diagnosed in hospital after a long delay, or when their symptoms have deteriorated to the point where they are unignorable. Either way, their cancer will be more advanced. The longer they have to wait, the worse their prognosis will be. And the more the NHS prioritises patients heading for a 52 week breach, the longer other patients who are thought to be routine – including those with undetected cancers – will have to wait. This would not be a problem if waiting times for a routine outpatient appointment were generally short, or if only a handful of patients were approaching 52 weeks, but it is a problem now.

Other clinical priority patients are caught up in this too, such as those who need to be followed-up regularly for a chronic condition, for whom there are no official targets. For instance, patients with wet AMD need to be followed-up every month for an acuity test and/or intraocular injection, and if competing priorities cause delays then these patients are at avoidable risk of going blind. Sadly this was not uncommon even before covid and we should avoid making matters worse.

The NHS has always put clinical priorities ahead of waiting time targets, and there is no reason to do differently now. So here are four suggestions for minimising the immediate risks and then restoring short waits safely.

First we need to prioritise the route to diagnosis, by splitting the referral-to-treatment waiting time target into two parts – referral-to-decision, and decision-to-treatment – and reducing the referral-to-decision waiting times first. That would put decision-to-treatment waiting times at a disadvantage, but at least that stage of the waiting list contains patients with diagnoses, so we can understand and manage these risks. Delaying these patients who are known to be ‘routine’ would be better than the situation we have now: an RTT waiting list peppered with risks that we don’t understand because undiagnosed patients are waiting far too long.

Second, clinical priorities need to become more visible. The work of the Royal Colleges has been very helpful in providing the first common standards; clinical urgency has not been applied or managed consistently in the past. Patients are at clinical risk if they are kept waiting longer than their clinical priority indicates, and the NHS should start to monitor statistics about these delayed urgent patients.

Third, follow-up patients are also clinical priority because they are time-limited, so statistics should be monitored on overdue follow-ups as well. (A follow-up that is not overdue is not a problem. And if a follow-up is not thought to be time-limited, then the next question is whether the patient needs to be followed-up at all.)

Those three suggestions could be implemented immediately and independently by any trust or system. The next is different and perhaps more contentious.

Fourth, in the longer term we need to keep up with elective demand and stop things from getting worse. Here the NHS (and indeed the government) has a choice. The traditional approach would be to spend an enormous amount of money on waiting list initiatives using extra-contractual sessions and hired capacity. That might be a better fit with NHS management culture, but I contend that it would be better value and more sustainable to expand baseline NHS capacity to (at a guess) 10-15 per cent above elective demand and then hold it there, steadily clearing the backlog until the natural growth in demand erodes the headroom over several years.

Let’s conclude by stepping back from the detail for a moment. I have spent most of my adult life working with the NHS and government to reduce long waits, as have many others both in and around the NHS. I never thought I would be calling for those efforts to be suspended. But this winter we have bigger risks to tackle. When urgent and undiagnosed patients are safe again, and when activity is ahead of elective demand so that waiting times are generally getting shorter rather than longer, then we can get back to restoring the safe, short waits that we all want to see everywhere.