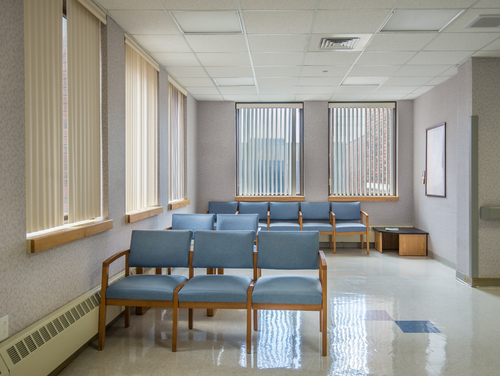 The waiting list did not grow significantly in November, and waiting times showed the smallest monthly increase since covid restrictions began, thanks mainly to an increase in non-admitted clock stops (i.e. largely outpatients). That is the good news.

However the figures do not tell the full story, because referrals under covid are still running significantly below normal and the rate did not increase in November. So there is no sign yet of the anticipated ‘bounce-back’ that will happen when patients who have delayed seeking care during covid start presenting to their GPs. That pent-up demand is still in the community, not on the waiting list.

The recovery in elective admissions also stalled, in a likely sign of the pressures on hospital capacity. Virtual working is not an option for admitted services like surgery so the covid restrictions bite harder, and it was in surgical specialties that waiting times grew fastest.

Clock starts (in RTT jargon) are patients who are referred to a consultant-led service and added to the waiting list.

These referrals dropped by a huge amount during the covid shutdown, but there is no reason to think that the population of England abruptly stopped developing other diseases during covid, so most of these missing referrals are expected to return at some point.

Nobody knows when that will happen. All we can say for sure is that it hasn’t happened yet.

Non-admitted clock stops, in RTT jargon, are when patients leave the waiting list because they have been discharged following a face-to-face or virtual outpatient appointment, or for some other reason that does not involve being admitted to hospital.

These continued to increase in November, and have almost returned to pre-covid levels, in a possible sign that virtual outpatient clinics are proving to be a success.

However the rate of hospital admissions, for inpatient or daycase treatment, stalled in November. These are the most challenging services to provide, because patients have to physically attend the hospital, and the pressures of covid admissions and physical distancing measures severely limit the hospital’s capacity.

The net result was that the waiting list remained roughly static. As noted above, these figures do not include the pent-up demand from patients who have been avoiding their GPs during covid, so the underlying position will be much worse than shown. Many of the missing referrals will return, but the hospital capacity that was lost under covid is lost forever.

Waiting times for admitted patients have maxed out at the ’52 plus’ category and will be longer than shown below.

Waiting times grew particularly rapidly in major surgical specialties, and more slowly in medical specialties which are more outpatient-led. Again the data series ends with the ’52 plus’ category of waiting times, so plastic surgery waits will be longer than shown.

The number of over 52 week waiters continued to rise rapidly, and this is the figure that tends to get press attention. I would argue that it is not a particularly useful measure, as it does not communicate to patients how long they can expect to wait, only how many others might be in the same boat.

Looking ahead a few months, we can expect to see an apparent transient improvement in the 52 week wait position some time after April, as the dip in referrals from the first covid shutdown passes the 52-week mark. This will not, however, affect the underlying position which will be dominated by the ‘bounce back’ in pent-up demand.

The proportion of local services achieving 92 per cent within 52 weeks continued to deteriorate rapidly.

Most of the improvement in waiting times was at the shorter-waiting end of the waiting times distribution, which is consistent with outpatient-based services continuing their recovery.