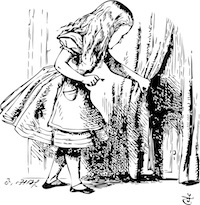 Health Secretary Alex Neil said:
“Patients in Scotland are being treated quicker than ever, and I am pleased that NHS Scotland is continuing to deliver on the 18 week target.”

Long-waits soaring? Patients being treated quicker than ever? Welcome to the confusing world of NHS waiting times, where both things can be true at once.

Yes, the 18 week target is being met in Scotland. No, it doesn’t mean that patients necessarily experience short waiting times. Why? Because Scotland’s 18 week target only applies to those patients lucky enough to be treated. It has nothing to say about those patients who are still on the waiting list. So performance against the 18 week referral-to-treatment (RTT) target, on its own, tells you nothing about how long patients are actually waiting.

On the other hand Scotland’s Treatment Time Guarantee (TTG) does cover some patients on the waiting list: the minority who have had their outpatient appointment and are now waiting for inpatient or daycase treatment. The number of long-waiting patients on the inpatient and daycase list is indeed coming down, which is a nice success for the TTG and a good sign of control over the more expensive stage of the patient pathway. (The grumble here, though, is that the TTG rules are too complicated with lots of exceptions.)

No, the problem lies with the much-larger outpatient waiting list, where long-waits are rising at an accelerating rate. Ongoing outpatient waits are covered by a target, but it has much lower status than the RTT and TTG targets, and it is perfectly possible to succeed on the RTT and TTG targets even if real patient waiting times are going through the roof. So it is predictable that this is the area where control would most easily be lost (in fact I pointed this out last year before the TTG came into force). Although the number of over-12-week waiters is still just a few percent of the waiting list, it is now rising so fast that corrective action would put pressure on the 18-week target.

Here is the chart that should worry waiting times watchers in Scotland. (I have excluded scandal-hit Lothian which is a special case.) The key message is that the Scottish NHS needs to stop the build-up of outpatient long-waiters urgently. If it doesn’t, then the problem could grow so large that it overwhelms all their waiting times targets.