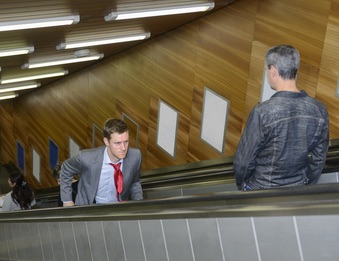 Is this a one-off, or do we need to keep doing it? It sounds simple, but in practice it causes no end of confusion.

In hospitals up and down the NHS, “extra” sessions are being laid on that are nothing of the sort; at best they merely bridge the gap between inadequate recurring activity and recurring demand. As soon as this “extra” capacity comes to an end, waiting lists and waiting times will resume their previous growth until the next “one off” waiting list initiative comes along. What is actually needed is more recurring capacity, which usually costs less and fixes the problem long-term.

A slightly more subtle version of this happens when outpatient waiting lists are allowed to grow. This can happen anywhere, but at the moment it is a particular issue in Scotland where outpatient waits have been rather neglected in the target hierarchy in recent years.

If outpatient waiting lists are growing rapidly then fewer patients are converting onto inpatient and daycase waiting lists, which flatters the waiting times for surgery and can give the illusion that everything is fine. It isn’t, of course, and eventually the outpatient backlog becomes so large that it cannot be ignored any longer. When you clear the backlog by suddenly seeing huge numbers of extra outpatients, what happens? Many of them turn out to require surgery, and the problem promptly moves on to the inpatient and daycase lists.

In this example, total activity of 2,940 is planned in first outpatients, in order to achieve a sustainable position where 90 per cent of outpatients will be seen within 6 weeks.

The first call on that activity is 2,572 just to keep up with recurring demand; this is last year’s demand, projected forwards and taking into account any trend growth and other anticipated changes.

Then there is zero demand arising from upstream changes because first outpatients are at the start of the in-hospital pathway.

So we end up with 368 activity left over for a backlog clearance, which is exactly enough to reduce the waiting list to 550 (which, as the model shows in patient-by-patient simulation, is consistent with a sustainable 6 week wait).

And what about the knock-on effects? If outpatient activity simply kept pace with demand, which is the recurring position, then that would produce recurring demand of 263 elective inpatients (and 313 daycases) at the current conversion rate.

There is a nifty and very simple chart that you can create in a few seconds, to illustrate the recurring and non-recurring changes across all the services in your local health economy. All the numbers are available from Gooroo Planner simply by clicking Export to Excel for the style of report shown above (the plotted values are simply the first three rows of main numbers). The chart looks like this: 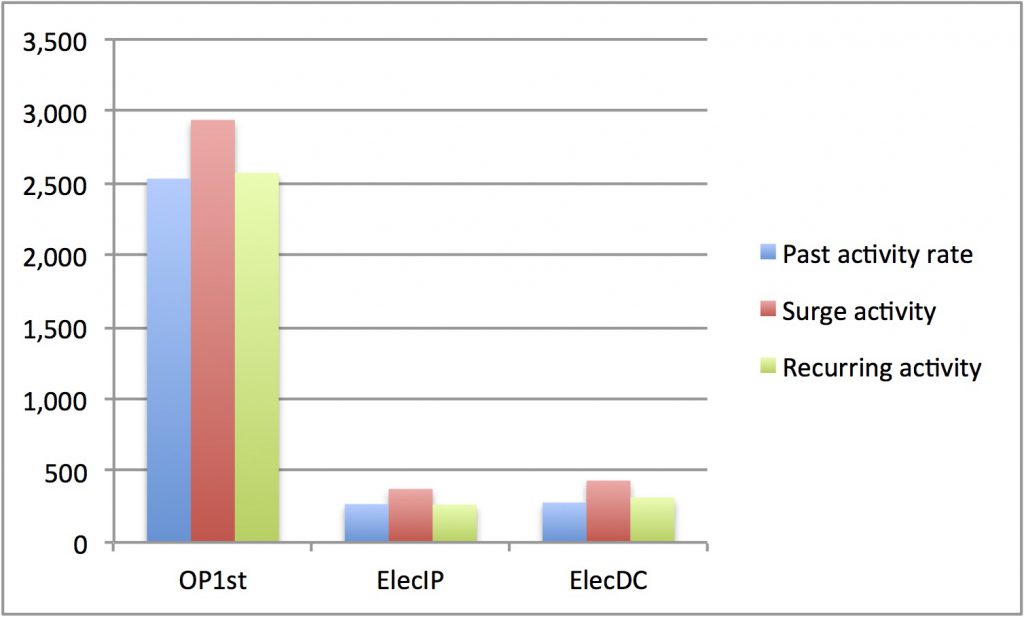 In blue we have the status quo: carrying on at the past activity rate. (If you’d like a different status quo such as funded capacity, net of waiting list initiatives, then it’s a simple matter to show that instead by editing the report style). In red we have our temporary ‘surge’ activity while we clear the backlog. And in green we have the recurring activity that we need to sustain thereafter to stop waiting lists and waiting times from growing back.

With a chart like this, covering your whole health economy, you need never be confused again about where your recurring and non-recurring pressures lie.