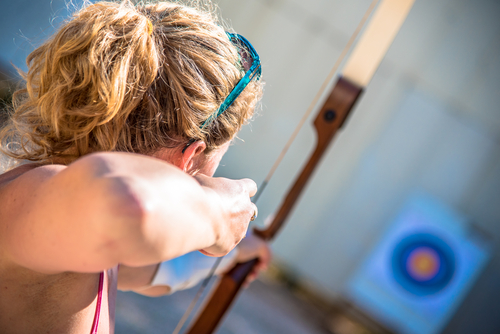 How to achieve your RTT trajectories

You’ve agreed your RTT waiting time trajectory, and now you’re faced with the serious work of delivering it. You’ve set up trackers to monitor the percentage within 18 weeks, obviously. But (as NHS Improvement keep stressing) you need to model the underlying causes too, so that when things drift off track you’ll know what to do about it and keep your STF funding.

Gooroo Planner can do this modelling automatically for you, including the underlying causes, and in this blog post I’ll outline how. You have probably set up a regular modelling cycle already, such as “monitor weekly, refresh monthly, revise quarterly”, although if you need to make more rapid improvements then you might want to refresh your models more frequently by setting the Gooroo Planner API to automatically run weekly rather than monthly.

I’ll assume you’ve got your Gooroo Planner model loaded up across every specialty (which we typically do in your initial one-day implementation). You’ve got the clinical pathways set up to catch the effects of outpatient surges on elective waiting lists, you’ve set the waiting time targets to reflect real-life waiting list management, and you’ve got all the bed and theatre modelling set up too.

Since that initial setup, time has ticked by. It’s time to refresh the modelling and adjust the plan. What do you do?

Is your trajectory fairly flat?

Did your Trust agree a trajectory that is simply the same number every month? Plenty did. Some 23 per cent of Trusts went for exactly 92 per cent every month, and a further 15 per cent went for a flat trajectory with a higher number. Nearly all Trusts – 80 per cent – agreed trajectories that vary by no more than 1 percentage point.

Then there’s a quirk in the rules which says that you can miss your trajectory and still get your STF money, so long as you’re over 92 per cent. If you add in Trusts whose trajectories vary by more than 1 percentage point, but never dip below 92 per cent, then that covers 88 per cent of Trusts.

The long and the short of it is: your Trust probably has a fairly flat trajectory.

If that’s the case, then it’s very straightforward to keep your modelling up to date. You have probably already set the waiting times targets in your Gooroo Planner model to reflect your constant trajectory number. You have probably also agreed in principle how the Trust intends to profile activity through the year (perhaps following the pattern of recent years, or perhaps to achieve constant capacity).

So it turns out you don’t need to change anything: just refresh the modelling with the same settings every time. In other words, just leave the Planner API to run automatically, every month. Then your automated setup can re-run your data queries, re-run Gooroo Planner, and collect all the refreshed weekly and monthly plans into your regular monitoring dashboards together with the successfully achieved RTT trajectories you are expecting.

What settings should you use? I would suggest modelling the next 12 months (because you’ll have to keep meeting the target beyond March), setting your waiting times targets to be met throughout, and for activity to match demand. You can set this up in your Planner API configuration file and it will automatically do this every time it runs.

That way you’ll get early warning if you start drifting off plan, and you’ll know what to do about it. Which is much better than waiting for the breach and then trying to fire-fight your way out of it in the middle of winter.

Or does your trajectory vary?

On the other hand, perhaps your Trust is one of the 12 per cent, whose RTT waiting times are currently worse than 92 per cent and are looking to recover the situation? NHS Improvement will be watching your trajectories with particular care, and you’ll need to be right on top of your modelling.

A variable trajectory is less simple to model than a constant one, but Gooroo Planner can still make light work of it, like this.

Now bear with me for a moment, because I know that you’re focused on getting results between now and the end of March. But first, let me raise your sights a little to next financial year.

If your trajectory gets you back to at least 92 per cent at the end of March (which is true for all but 3 Trusts) then why stop there? You’ll want to be in a good position to achieve 92 per cent throughout next financial year as well, and not get caught out when the waiting times pressures start to build again from May onwards.

So consider modelling next financial year first, and setting Gooroo Planner to achieve the targets every week of the year (either based on your usual activity profile or to achieve constant capacity as well). That will give you a more ambitious waiting list to aim for on the 31st of March, but at least you’ll be in the right place for next year’s targets. Then you can get Gooroo Planner to just roll that model backward, and you’re ready to model the backlog clearance from now to the end of this financial year.

Or you could ignore next financial year for now, and just take the end of March trajectory position as your target.

Either way, you know what your aiming point is for the end of March, and can set that as the basis for your waiting times target. Just run it through the Planner API – it will send back your weekly and monthly capacity planning trajectories for every clinical service in the model. Then, either in your regular monitoring dashboards or by pivoting in Excel, you can easily display what your RTT trajectory position is expected to be every month – it’s simply (1 – long waits / list size).

Heading for a breach?

What happens if your updated plan breaches the agreed trajectory?

It might still be OK. The STF rules allow you to make up for breaches in one month by over-performing against your trajectories later on. So let’s say you are minimising your capacity costs by planning constant beds and theatres throughout the year, and that plan delivers the trajectories cumulatively (though not necessarily in every individual month), then it might be sensible to stick to the cost-minimising plan and pick up any missed STF funding in later months.

If you’ve checked all that and there remains a gap, then you’re going to have to shift the whole of your modelled trajectory. Essentially you have three choices: moving the end-point (which is the easiest to model – you just change the target); moving the starting point (by changing the opening list size, which tells you how big a waiting list initiative you need to plan in the near future); or by tweaking the activity profile in the middle (which you can do interactively in Gooroo’s Profiling screen).

Whatever your situation, and whatever happens, a traditional NHS spreadsheet would struggle to do a fraction of this. So fire up Gooroo Planner and plan for success. And if you need any help, then all you have to do is ask support@gooroo.co.uk

Here are three practical things you need to do to make it happen.