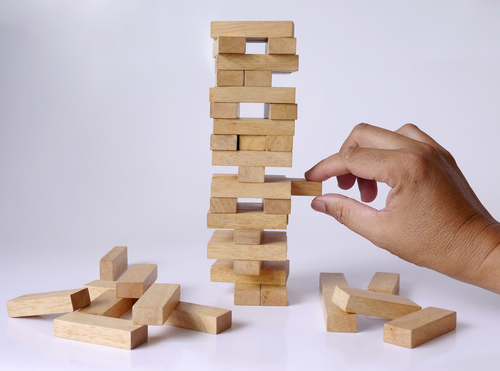 Waiting lists get longer, waiting times creep up, until a tipping point is reached and we lose control. Over the last two months I have been describing how this could happen, caused by a fixation on targets not patients which is deeply entrenched in the NHS’s management processes.

Is this what the Royal College has found? They say:

Analysis by the Royal College of Surgeons found that over the past year an average of 193,406 people a month did not get surgery within 18 weeks of being referred.

The Royal College of Surgeons’ figures certainly look scary. But I don’t think they signify a tipping point. In fact, I think they are yet another manifestation of our collective fixation on targets (not usually a failing of this august body), and I’d like to explain why.

Let’s start by understanding where the numbers came from. The Royal College of Surgeons took the snapshot numbers of patients at the end of each month, who were still on the English waiting list and had waited over 18 weeks since referral. Then they filtered this down to surgical specialties only, and took an average over the previous 12 months. 193,406 is the average for Nov-15 to Oct-16 (the official figures have since been revised slightly to 193,413); 139,240 is for Nov-14 to Oct-15, and 105,427 is for Nov-12 to Oct-13.

I would quibble slightly with the headline in the Guardian: “193,000 NHS patients a month waiting beyond target time for surgery”, because many of these patients appear in more than one month’s figures. But generally it is a reasonable way to present an increase in over-18 week waiters on the waiting list.

My real complaint is that this is all about the 18 week target, just as the continual use of percentages within 18 weeks is all about the target. If instead we turned it around, so that it was about how long patients wait, the numbers might look something like this:

Analysis found that over the past year the longest-waiting 100,000 patients did not get surgery within 22 weeks of being referred.

The figure compares with 20 weeks the previous year and 18 weeks four years ago, and is the NHS’s worst performance by this measure since 2008.

It doesn’t look so much like a tipping point any more, does it? And that’s the point. It isn’t. Instead, it is a steady creeping-up of national waiting times.

If there is any loss of control over waiting times as they pass 18 weeks, that would be a local affair. It would only affect the national statistics if that loss of control became widespread.

It could happen. Hopelessness is infectious. And that really would be a tipping point. But I don’t think we’re there yet.