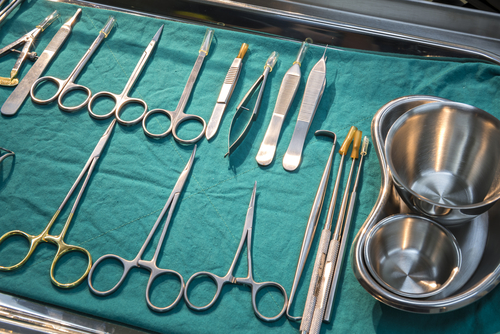 With just over a week to go until the general election, the latest elective waiting list figures for Scotland – published this morning – are pretty bad.

I have been warning since 2012 that trouble is building up on the new outpatient waiting list, and outpatient waiting times are exploding. By 2015 the outpatient pressures were rising so fast that, according to my forecasts, tackling outpatient waits would have dreadful consequences for the flagship Treatment Time Guarantee (TTG) which covers inpatient and daycase waits.

In case you think I’m exaggerating, here are the charts. The total waiting list is here: 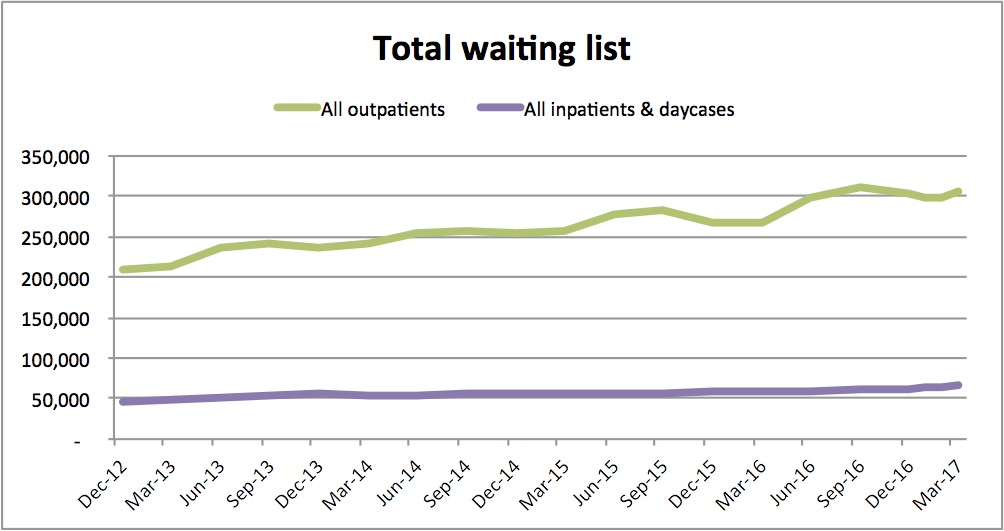 …and the number of long waiting patients is here: 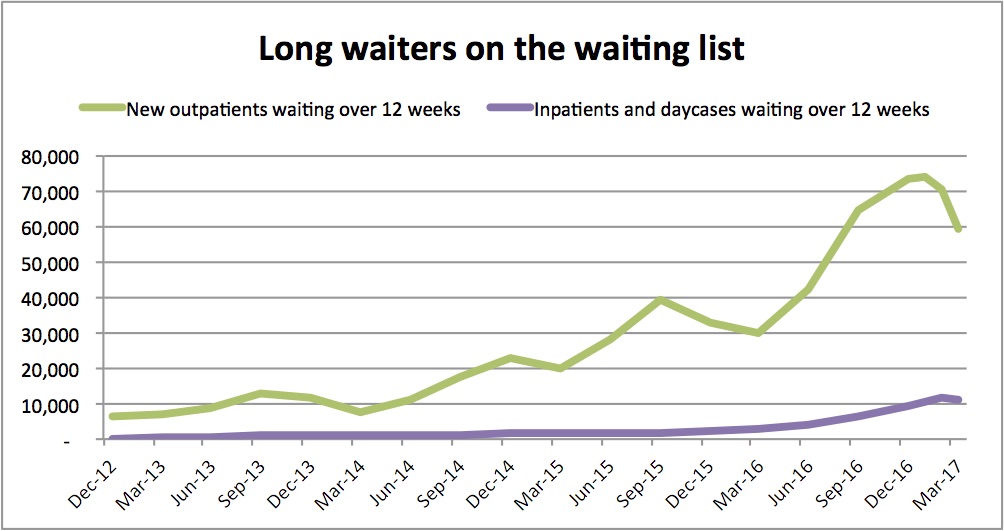 With a UK-wide general election campaign underway it is tempting to try to compare Scottish waiting times with those south of the border in England. This isn’t straightforward because the Scottish waiting time rules are quite different to the English ones, but nevertheless I think it is fairly clear that waits are longer in Scotland.

In England, 92 per cent of the waiting list was within 19.5 weeks at the end of March, on a referral-to-treatment basis (which includes the new outpatient waiting time, any diagnostic waiting time, and any inpatient or daycase waiting time).

Scotland’s referral-to-treatment data is not directly comparable because it only covers those patients who were lucky enough to be treated. But we can look at the waiting list for outpatients and inpatients/daycases separately.

Only 86 per cent of Scotland’s new outpatient waiting list was within 16 weeks at the end of March; the same proportion was within 16 weeks on a referral to treatment basis in England. For those patients who went on to have a further wait for treatment in Scotland, only 83 per cent of the inpatient and daycase waiting list was within a further 12 weeks. So this looks convincingly longer than the English national waiting times. And that is without taking diagnostic waits into account, or adjusting for all the ways in which patient waiting times can be paused and reset in Scotland (but not in England).

The solution is disarmingly simple to state. The NHS needs to keep up with demand.

As the official chart below shows, it is tantalisingly close to doing so, but it is from such tiny shortfalls that mighty waiting lists are made.

Only when the NHS is keeping up with demand will any “waiting list initiative” be effective at clearing the backlog that has built up over the years. And only then will waiting times come down again.