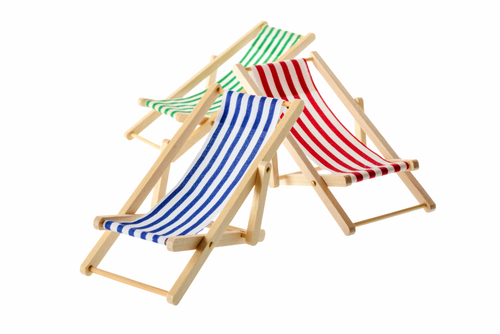 Average RTT waiting times are pointless and a missed opportunity

The Clinically-led Review of NHS Access Standards has recommended testing average waiting times as an alternative to the current “92 per cent within 18 weeks” elective target.

Testing policies before implementing them is an excellent idea that should be adopted more widely. But this particular proposal is pointless, and instead the testing phase should explore a wider range of options that might actually deliver on the review’s worthwhile aims.

To see why average waits are pointless, imagine an ordinary British queue like the one at the Post Office. There are 4 people in the queue, somebody is served every minute, and a new person joins the queue every minute. So everybody in this particular queue waits 4 minutes to be served.

If we take a snapshot of this queue, we might find that the 4 people have so far been waiting:

After that insight, the charts below will come as no surprise. They compare the current “92 per cent” target against the proposed (mean) average target, firstly for the total English waiting list every month for the last several years, and secondly by specialty by trust in the most recent snapshot.

Guess what? The average wait is about half the “92 per cent” wait! And that is why this proposed change is pointless, because all it does is roughly halve the reported numbers.

In fact the correlation is so strong that we can use it to translate between the current target and the new one. So when the review says “To be clear: we are not proposing that new standards should require non-urgent patients to wait longer than they do now”, we will know the promise is being kept if the new target is set no higher than an 8 week average wait.

Actually I would argue that average waits are a bit worse than pointless, because they are a poorer representation of the waiting times experienced by routine elective patients requiring treatment. While many patients get a ‘clock stop’ much more quickly than 18 weeks, mostly because they are clinically urgent or discharged early in the clinical pathway, a major reason for having waiting time targets is to reassure all patients that their waits will not be excessive.

Or to put it another way, patients don’t care how long everyone else in the queue has been waiting (which is what the proposed average would measure). They care how long they are going to wait, and that is what the current target addresses.

These proposals could have been so much better.

Firstly, the review rightly frets that the current target focuses on a particular point in time (18 weeks) and should pay more attention to those patients who are waiting longer. This one is easy. Instead of tracking the percentage within 18 weeks, just track the number of weeks within which 92 per cent of the patients are waiting – this measure is already in the official statistics and would not require any change to the target.

Secondly, the clinical review expressed concern that the huge changes to outpatient services envisaged in the NHS Long Term Plan will mess up the current measures. They are right, but average waits do nothing to address this problem. Instead the current referral-to-treatment target should be split into two stages:

If those two stages add up to 18 weeks or less, then the public can have confidence that no sneaky relaxations of the target are going on. And if the first stage is reasonably short, the change will promote safety by ensuring that patients see a specialist without undue delay.

Thirdly, the review has not addressed its aims of “further improving and speeding up care for the most urgent conditions” in elective care, and here the next step should be the introduction of supporting measures rather than targets.

Hospitals already record each patient’s clinical urgency, and NHS England should start using this data to monitor whether urgent patients are being seen and treated as quickly as they should be. Hospitals also usually record whether follow-up outpatients are overdue, and this should be monitored as well.

As I said at the start, it is welcome that these proposals are being tested before taking their final form. But instead of testing only one (rather neutral) idea, why not test a variety that could actually make a difference?